We were excited to get the opportunity to check out the State Coach Britannia, which has been created for Her Majesty Queen Elizabeth II, before it will be shipped from Australia to the Royal Family. My Mother & Father In Law, John & Carole Paddison, are friends with the creative artisan behind the Coach. They grew up together in Peak Hill, a small town in NSW, Australia. We thought we would represent the Paddison’s and go meet their friend Jim Frecklington. Jim was lovely to meet and even though he left Peak Hill long ago, he still has all of the charms of the country. Little did we know that we would step into a world of British History and view an incredible piece of art.

The State Coach Britannia is truly a work of art and will be the single most important moving piece of British history to exist. “The magnificent new State Coach Britannia brilliantly fuses elements of the greatest icons of British history and tradition with Third millennium technology, making it new, spectacular embodiment of the history and visual imagery associated with the British Monarchy and People.” The collaborative efforts of Jim and artisans throughout the world is simply astounding.

One of my favorite parts of the Carriage is the handle to open the door, which has countless diamonds and sapphires (they are definitely a Queen’s best friend!). Also, he included the symbolism of the Rose, the Flax, the Thistle, and the Leek, which represent England, Ireland, Scotland, and Wales throughout the Carriage. The plated gold flowers line the roof of the Carriage, are woven into the gold silk brocade interior, and shine forth in the engraved glass of the 4 lanterns that beam from each corner. My absolute favorite part of the Carriage is the interior… It is an Art History buffs dream! Jim created a ‘Time Capsule’ of items that have been specially selected from a range of sites and from artifacts special to British People and History. These pieces have been artfully incorporated on the interior paneling of the Coach. Some of the historical treasures included are from Ships such as the HMS Victory, the Mary Rose, and the Mayflower. Cathedrals were also incorporated and include artifacts from the Canterbury Cathedral, Westminister Abbey, St Pauls Cathedral as well as Edinburgh Castle, Palace of Westminister, and the Tower of London to name a few.

Amazing technology was also included to incorporate video media into the crown of the roof of the carriage, bullet proof glass, and other modern day amenities. I am sure we will be watching footage from future Royal events on the media included.

I couldn’t help imagining the luxury of enjoying a ride in the Carriage. Hey you never know – one day!

Thank You John & Carole for sharing the experience with Clint & I to meet Jim and check out the Carriage. You were there with us in spirit! 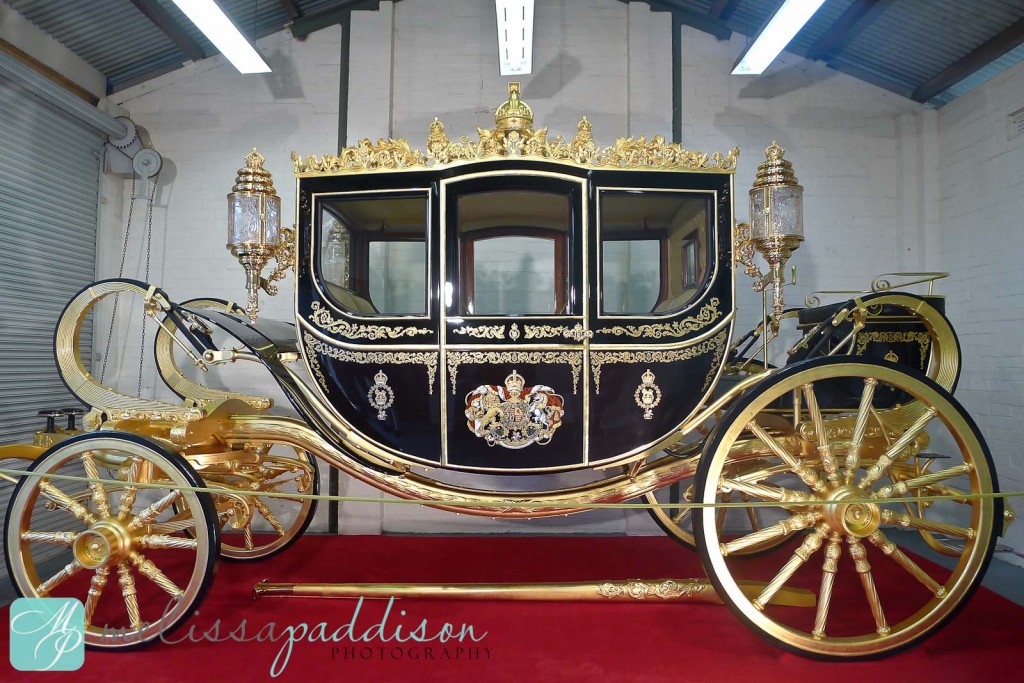 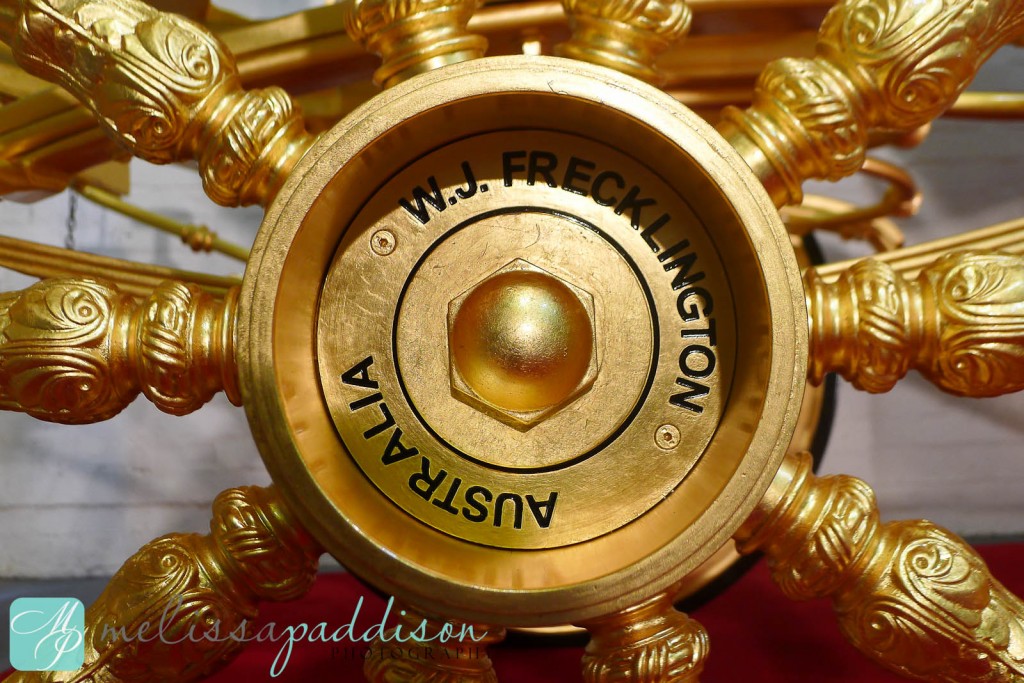 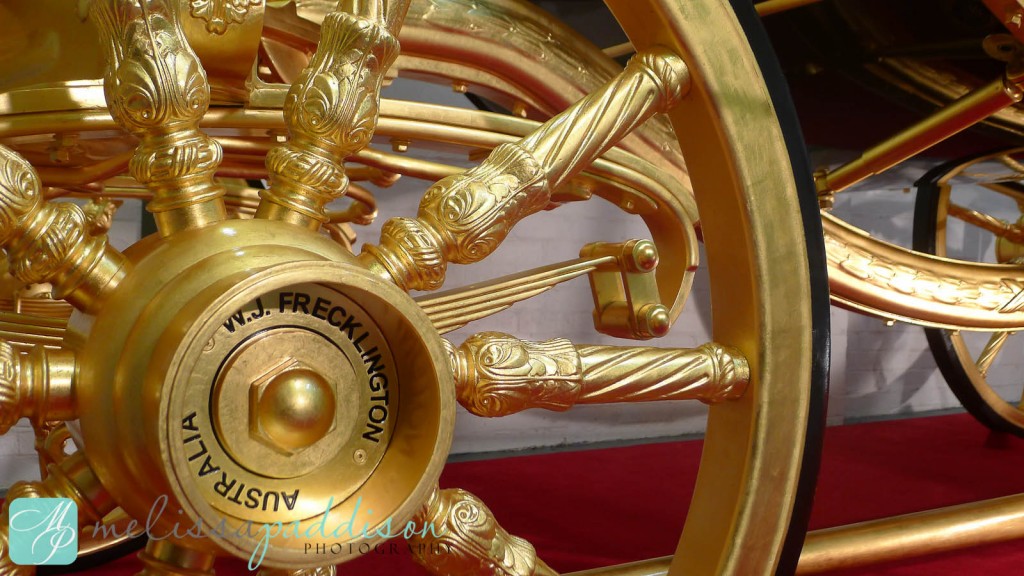 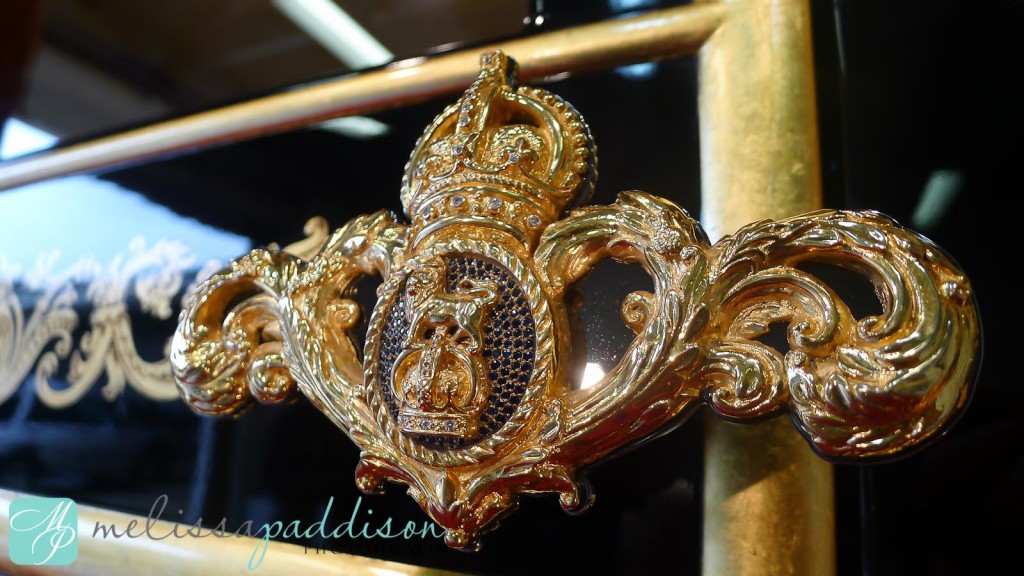 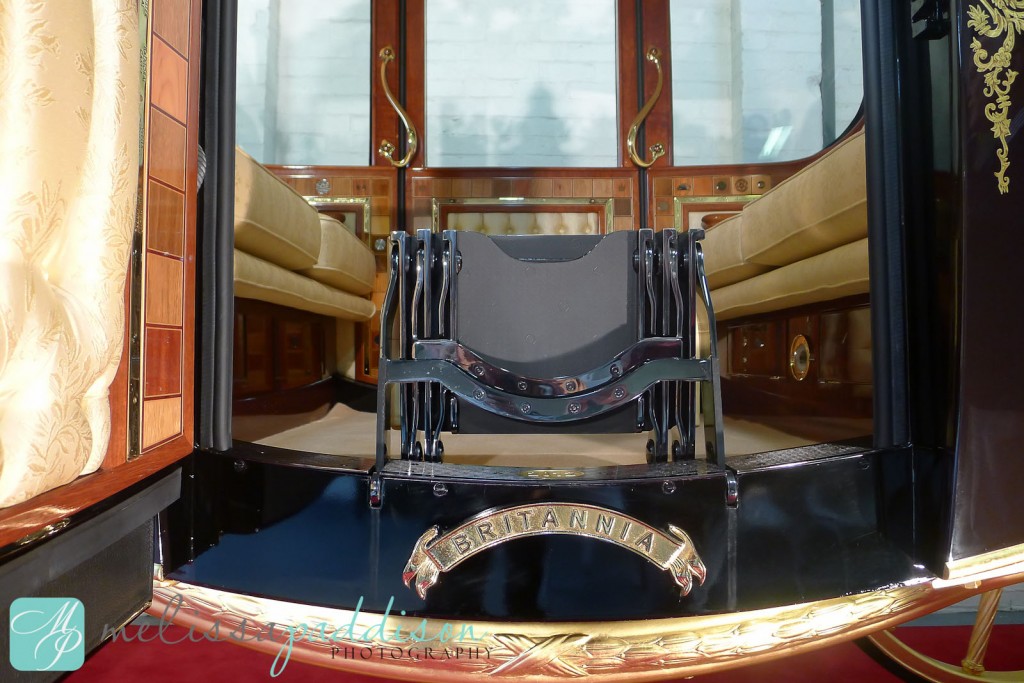 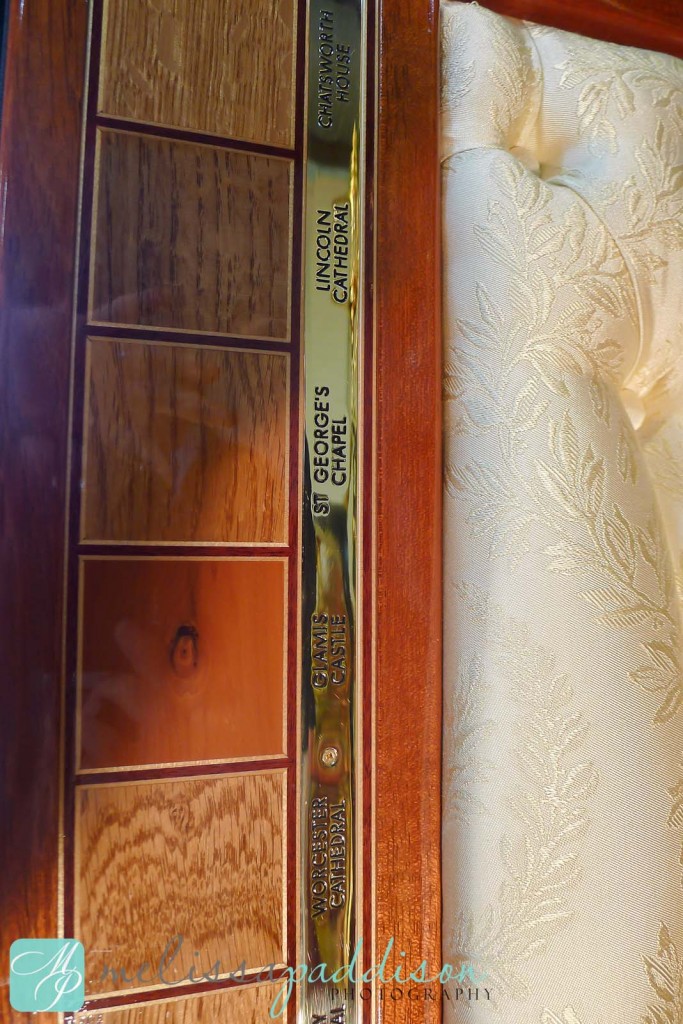 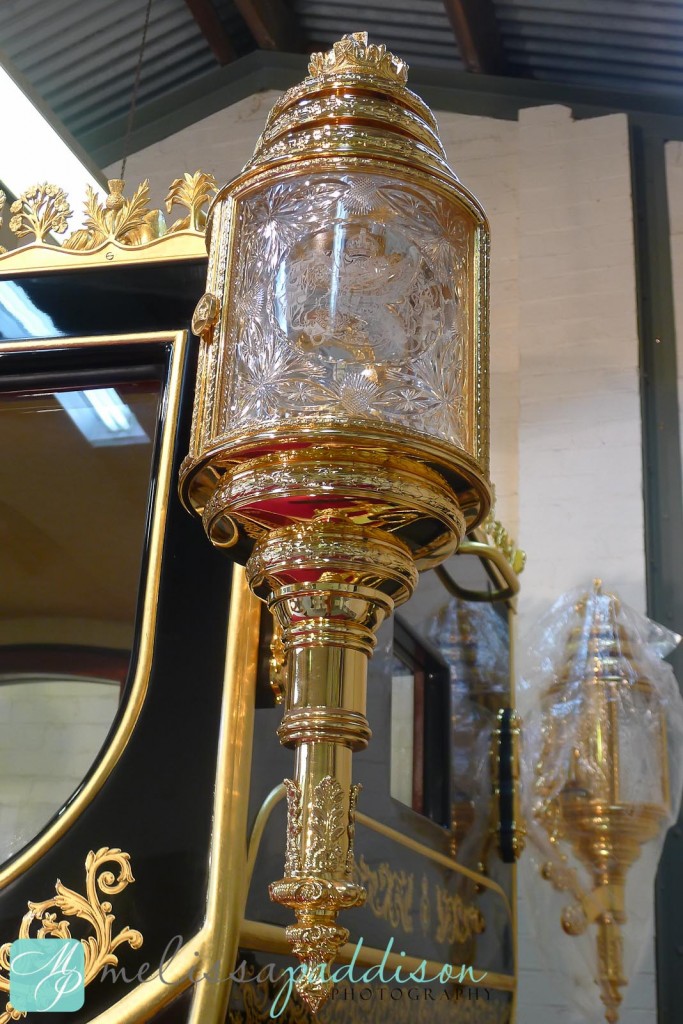 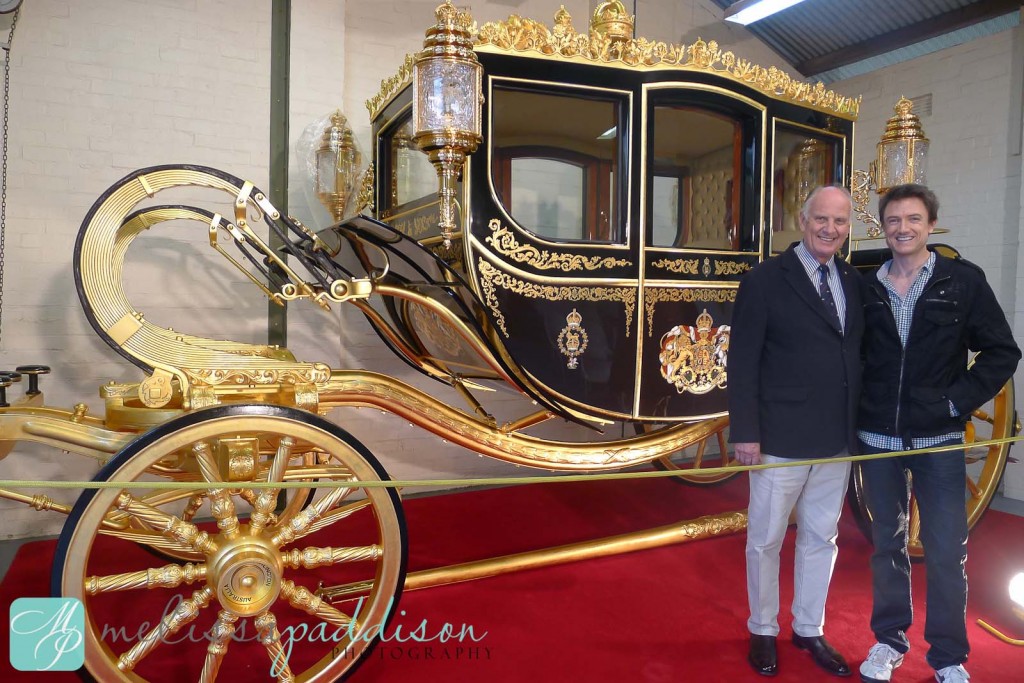